The National Business Association of Colombia (ANDI, for its acronym in Spanish) and Sebastián Castro from Ternium introduced the company's diversity policy during a live chat on the Facebook account of the Presidential Advisory on Equality for Women.

On October 27th, the Presidential Advisory on Equality for Women from the Government of Colombia carried out the meeting "Women of Steel" via Facebook. This event was leaded by the counselor Gheidy Gallo Santos, along with the participation of María Juliana Ospina, Director of the ANDI Steel Manufacturers Committee and Sebastián Castro, General Director of Ternium Colombia. 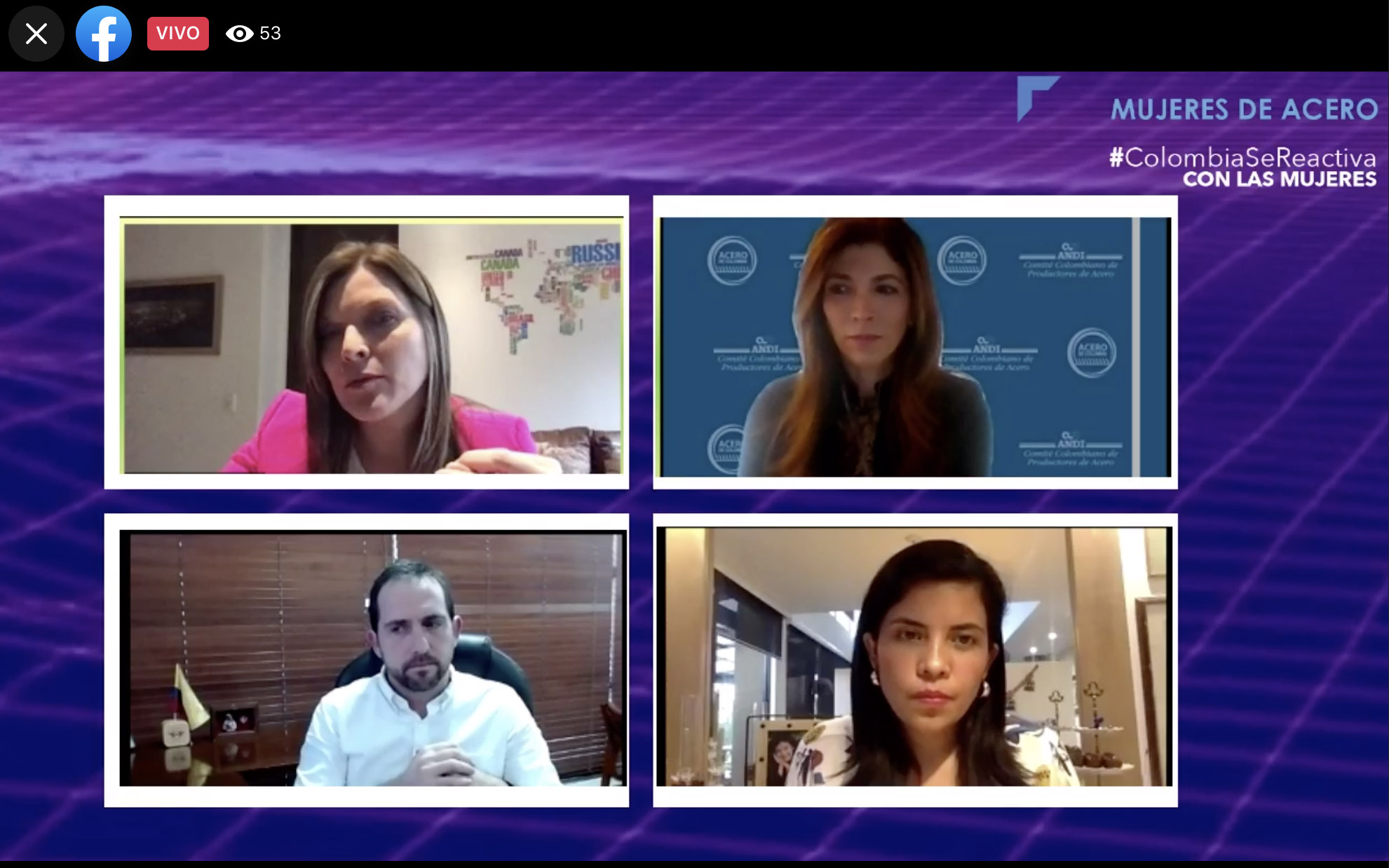 The event was moderated by the journalist Marcela Baena. Some other guests were María Concepción González, Overhead Crane Operator; Anny De La Cruz, CNC Lathe Operator; and some collaborators from Ternium's Palmar de Varela Plant, who perform tasks that are commonly carried out by men. 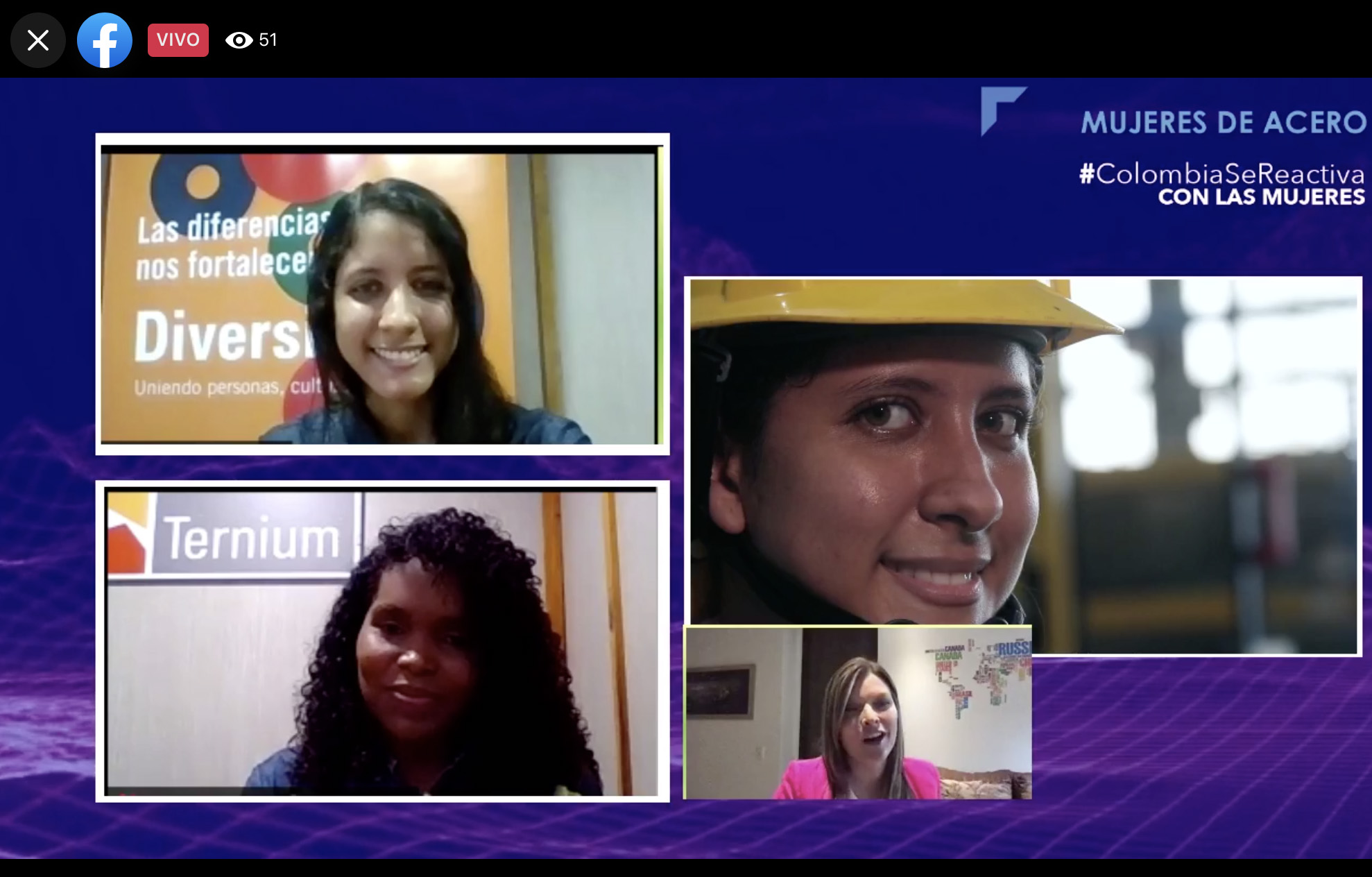 This meeting aimed to educate and to raise awareness over the importance of the women's role on the economic reactivation of the country. The counselor explained that the COVID-19 has mainly affected women and it's a big challenge for Colombia, as 65% of them work in the service and business industry, which is also one of the most affected ones.

According to the figures of the National Administrative Department of Statistic (DANE, for its acronym in Spanish), about 1.7 million of women had to quit their jobs to take care of household chores. SMEs have been the most affected, as 7 out of 10 women owned a start-up.

"Colombia reactivates with the help of women. In sectors such as the construction industry, joining efforts between the organizations with an important role within the country's economy such as local and regional governments, and private entities, is necessary so that women have a greater involvement in the area, because right now they only represent the 4%", adds Gheidy Gallo.

María Juliana Ospina, Director of the ANDI Steel Manufacturers Committee, added that, in terms of inclusion, women comprise a 12% of the jobs generated by the industry. "The idea is to increase the number of women working at plants, as we have already advanced in the administrative area", she states.

During the meeting, Sebastián Castro, General Director of Ternium Colombia, introduced Ternium's diversity policy, emphasizing the case of the Palmar de Varela Plant, where he set the goal of hiring women for operational positions. "We need to work hard to train the women who aim to take those positions, as we did at the new plant. Women are fully capable of getting those positions", said Castro. 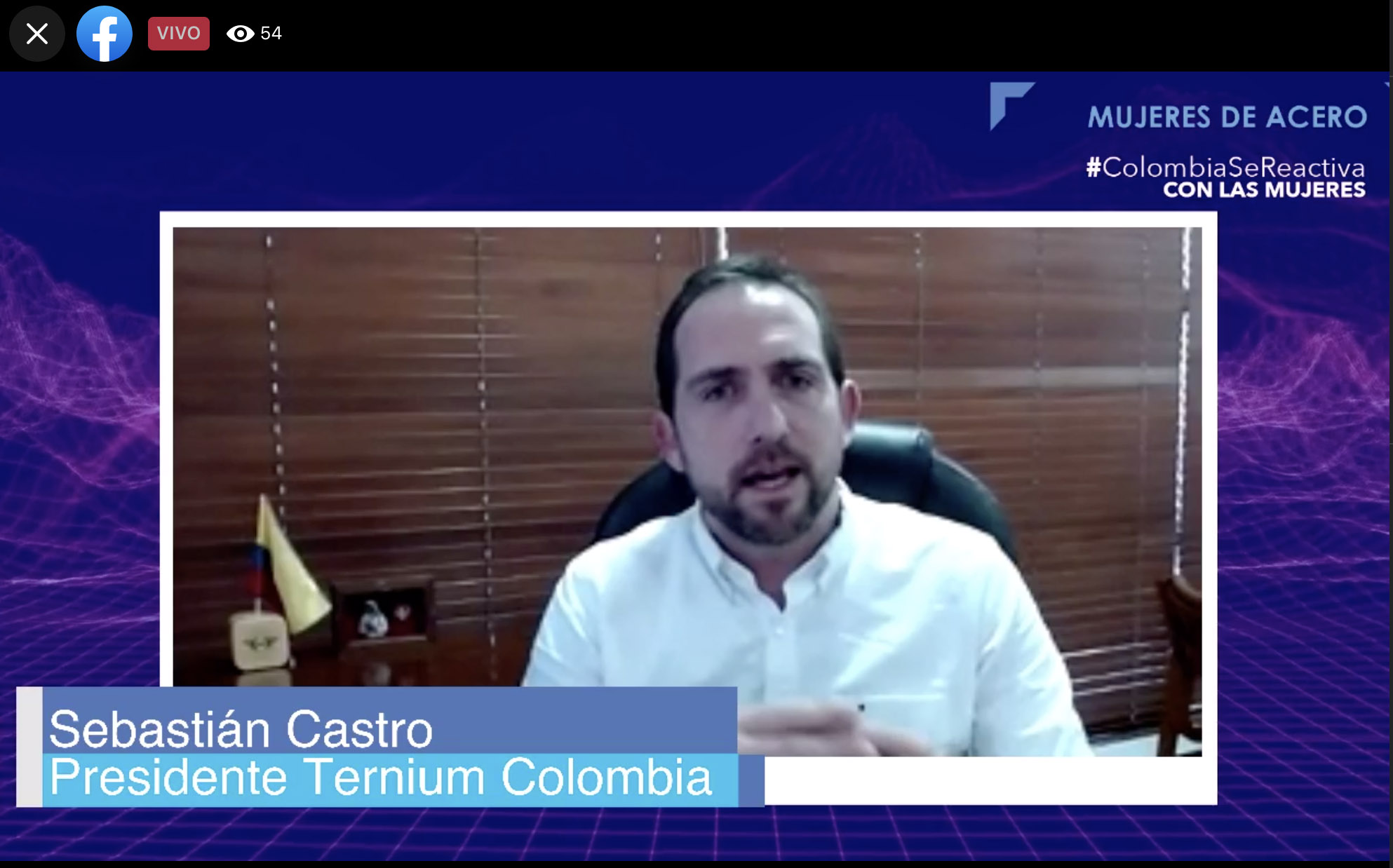 As an example, María ‘Conchita’, as she likes to be called, spoke about her experience as an Overhead Crane Operator, stating that she isn't afraid of this machine, which can lift 25 tons of steel up to 20 meters high. “We are all qualified to do what we set our minds to. I'd like to highlight the great work that the company is doing to include us in all areas and I invite the other sectors to continue opening their doors to us, because believe me when I say they will be surprised to have us there”, states María Concepción González.

Meanwhile, Anny de la Cruz operates a 6 to 7-meter-long lathe which handles very robust materials, a job that requires concentration, precision, as well as mental and physical strength. “Let's not focus on gender. Anyone, man or woman, can perform these activities. Never limit yourself, don't be afraid to learn or work on what you like, because women are capable, we are strong and powerful”, she added. 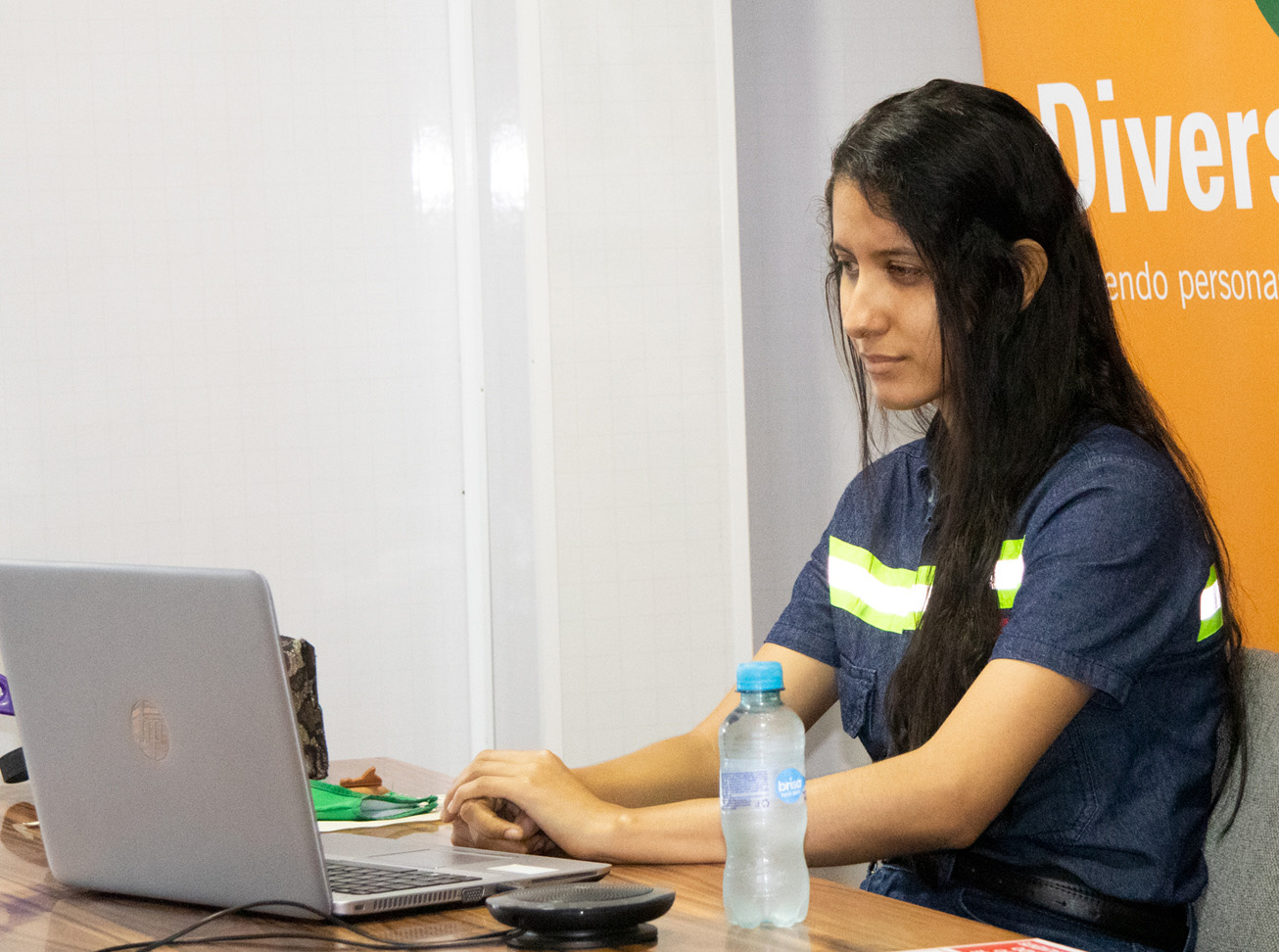 At the end of the meeting, the counselor reaffirmed the importance of continuing to join efforts between private companies, construction, metallurgy and steel sectors, local and regional authorities and educational institutions, to work on the inclusion of women as a key factor to promote the economic reactivation of the country.

View all
View all